Pigeons - Everything there is to know about the pigeon 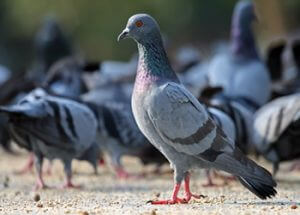 Feral pigeons also called city doves, city pigeons or street pigeons are derived from domestic pigeons that have returned to the wild. The domestic pigeon was originally bred from the wild Rock Pigeon, which naturally inhabits sea-cliffs and mountains. All three types readily interbreed. Feral pigeons find the ledges of buildings to be a substitute for sea cliffs, and have become adapted to urban life and are abundant in towns and cities throughout much of the world.

Pigeons breed when the food supply is good-for wild rock doves this might be seasonally so they usually breed once a year. In the wild they are often found in pairs in the breeding season but usually they are gregarious. In the urban environment, because of their year-round food supply, feral pigeons will breed continuously, laying eggs up to six times a year.

Feral pigeons can be seen eating grass seeds and berries in urban parks and gardens in the spring, but there are plentiful sources throughout the year from scavenging (e.g., dropped fast-food cartons) and they will also take insects and spiders. Further food is also usually available from the disposing of stale bread in parks by restaurants and supermarkets, from tourists buying and distributing birdseed, etc. Pigeons tend to congregate in large, often thick flocks when going for discarded food, and many have been observed flying skillfully around trees, buildings, telephone poles and cables, and even moving traffic just to reach it. Feral pigeons usually reach their highest densities in the central portions of cities, so they are frequently encountered by people, which lead to conflict.

Feral pigeons are often considered a pest or even as vermin, owing to concerns that they spread disease and are much maligned in the media for transmitting bird flu, but it has been shown pigeons do not carry the deadly H5N1 strain. Also concerns of damaging property, causing pollution with their excrement, and driving out other bird species. Some also consider pigeons an invasive species.

Long-term reduction of feral pigeon populations can be achieved by restricting food supply, which in turn involves legislation and litter (garbage) control. Some cities have deliberately established favorable nesting places for pigeons – nesting places that can easily be reached by city workers who regularly remove eggs, thereby limiting their reproductive success.

Due to their non-selective nature, most avian poisons have been banned. The few available have their restricted use only by licensed applicators. The use of poisons has been proven to be fairly ineffective, however, as pigeons can breed very quickly – up to six times a year – and their numbers are determined by how much food is available; that is, they breed more often when more food is provided to them. When pigeons are poisoned, surviving birds do not leave the area. On the contrary, they are left with more food per bird than before. This attracts pigeons from outside areas as well as encouraging more breeding, and populations are re-established quickly. An additional problem with poisoning is that it also kills pigeon predators. Due to this, in cities with Peregrine Falcon programs it is typically illegal to poison pigeons except some area where the city allows.

A more effective tactic to reduce the number of feral pigeons is deprivation. Cities around the world have discovered that not feeding their local birds results in a safe population decrease in only a few years. Pigeons, however, will still pick at garbage bags containing discarded food or at leftovers carelessly dropped on the ground. Birds may cause damage to your home, apartment and other property with their droppings, feathers, diseases and parasites. Birds should be removed from your business or residency immediately. They impose great annoyances upon home and business owners.

While birds are quite beautiful to admire from afar, once they get too close for comfort, they impose risks and threats on you and your family. Magical Pest Control is determined to maintain a balance when it comes to distance between and your home.

With harmful habits that cause damage to your home, such as droppings, feathers, diseases and parasites, birds should be removed from your business or residency immediately. They impose great annoyances upon home and business owners. Magical Pest Control is dedicated to coming to your aid and removing you of the dangers in an ecologically safe manner.

After inspecting and assessing your specific bird problem, Magical Pest Control determines a removal plan that goes hand-in-hand with a permanent solution to stop them from returning. We work to provide you with an entirely humane solution, with a happy outcome for both you and the bird.

How can we help you?

Contact us at the Metro King Pest Control office nearest to you or submit a business inquiry online.

I was very pleased with the service and thoroughness of the job done by exterminator of Metro King Pest Control. He removed squirrel and mice infestation from my attic professionally. He was very polite and did a great job.

24/7 Emergency Services! Steadfast Quality Outputs. Get Rid of Them. 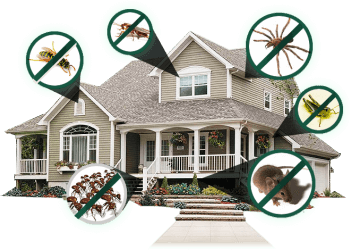